Well, Games Workshop has released the preview of the new Indomitus Box, and oh boy.

I massively underestimated the scale of the box in my speculation post.

Let’s Get Into It

I’m blown away by the sheer size of the Indomitus Box. It’s a massive set by any measure you choose to put on it. Model count, most especially, but also their quality, not to mention the sheer weigh and size of the box by the look of the sprues packed into it, 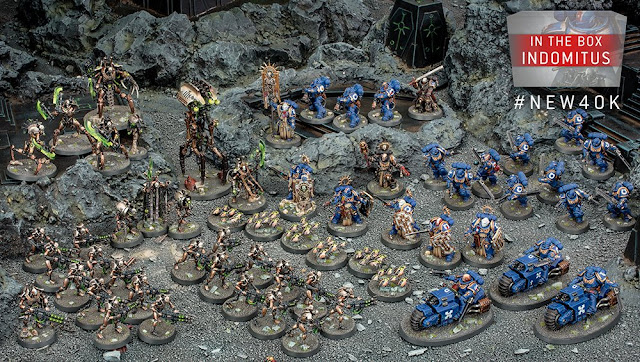 I had thought the writing on this post would just be going through my speculation and making a few notes. Turns out my speculation both right in what I said would be in the box, but oh so very wrong on the sheer scope of the box, and what we’d see over and above what has been previewed so far.

I’m not going to get into the whole breakdown of the box here, as the preview post does a better job than I will. What I’m going to do is highlight a few models I like most from either side (a hard job, as the whole set is a high floor, high ceiling production), and then thoughts about what the Indomitus Box means as a whole, and some refactored speculation. There’s much more to talk of regarding the Adeptus Astartes side for me than what I’ll get into here, as the precedents of design and appearance that have been set by the Marines in the box are things I’ll want to fold into and modify within my own nascent Ultramarine force (especially the interaction of the medieval/knightly appearance with the more Roman styled features that are at play throughout the Ultramarine range), but that's a set of thoughts and posts for the future, for now slack jawed awe is the order of the day. 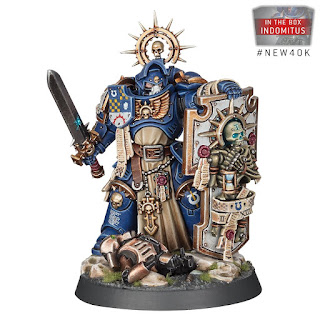 Boy does he have presence; as well as three alternate heads, according to the preview video, which is a nice addition to allow the hobbyist to personalise the army commander, and adds a bit of versatility to the push fit kit. He’s the first model I’ve seen that feels like a worthy successor to Terminators, both in bulk and storied detail. I’ve not been a fan of the robes on the Lieutenant and Bladeguard models previewed before this, as they give the impression at the abdomen of gut rather than cloth, but this model dispels that for me. The level of detail gives the Captain a sense of history and accolades on a par with his none Primaris forebears and brethren, something that feels like it brings some sense of parity to the two sides of the old and new Marine divide, with the Primaris no longer being the clean cut new kids on the block that they were, but veterans on their own hard fought battles, worthy of of inclusion within the Chapters they are part of, and the burdens and honour that brings with it.
Read more »
Posted June 13, 2020 No comments: